Use this link to download the starting code for the tutorial => https://www.codeswag.co.uk/wp-content/uploads/2020/03/ionic-firebase-login-before.zip

Use this link to download the finished code => https://www.codeswag.co.uk/wp-content/uploads/2020/03/ionic-firebase-login-after.zip

Once you have downloaded and unzipped the project code repository, open your terminal or cmd and run $ npm install in order to install the project dependencies. 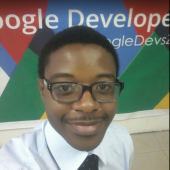 Charles Muzonzini is a Javascript Engineer specializing in mobile development.

How to install Ionic 4 on macOS